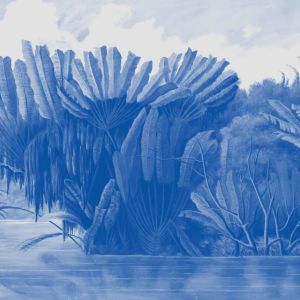 Noema’s record label The Magic Movement presents the second part of Xique-Xique’s album ‚Na Lagoa‘. Na Lagoa was originally dropped in 2021 and part two includes new remixes by Oliver Koletzki, Zoe Reijue, Nutia, Psilosamples, Dengue Dengue Dengue, Niko Schwind, Batu Ozer plus a collaborative remix from Mira and Christopher Schwarzwalder. Xique-Xique’s original album is downtempo organic house with magical atmosphere and tribal percussion with hypnotic rhythms. The original album featured 10 tracks in total, seven of which have been remixed. There are a total of eight reworks on the remix release as the track titled “Prelúdio” got remixed by both Nutia and Zoe Reijue. Most of the remixes maintain the original’s defining elements, but Niko Schwind and Oliver Koletzki both transform their chosen tracks into versions with added synths to create a melodic build with interstellar atmosphere. Mira & Christopher Schwarzwalder also add a melodic synth progression to their remix of “Siriema” which fills the track with uplifting vibes. Zoe Reijue and Nutia both create psychedelic reworks with trippy synths that are layered with fluid percussion that provides dance floor orientated energy. Dengue Dengue Dengue’s remix also has a trippy vibe, which they layer with an Afro house beat to deliver a remix in the style they are best known for. The remix by Psilosamples is deep and techy with a stripped-back sound revolving around deep pads and shuffling rhythms with a minimal vibe.

Out now, you can buy a copy from here

Out now, is a new release by Da Mike who’s a Greek artist with links to the Global Fantasy…